About the Sites of the Skellig Coast

385 million years ago the first creatures crawled out of the sea to walk on land. One of the only signs they left behind of their existence was their footprints. All life began in the sea and the Tetrapod is the critical piece of the jigsaw in the story of how fish made the transition to land walking air breathing animals.

The Valentia Island Tetrapod tracks are in a stunning location set into a rock outcrop that has endured endless years of exposure to the Atlantics’ ferocious waves and unforgiving weather. Tetrapod Tracks are extremely rare and this is a golden opportunity to see one for yourself and hear the story about how they were discovered. To visit the Tetrapod Tracks join us on the Valentia Island Skellig Coast Tour – Tetrapods to Telegraphs or on Skellig Coast Stories told in Stone Tour. 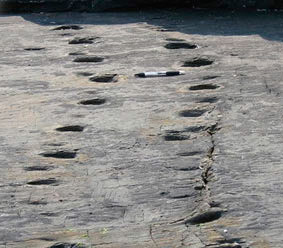 At the very heart of Portmagee village is the Moorings Pub. The Moorings played a central role for the cast and crew of Stars Wars during the filming of The Force Awakens and The Last Jedi on Skellig Michael. Many pre-production meetings and on-location socialising sessions took place in the Moorings.

On one particular occasion, Luke Skywalker AKA Mark Hamill put down his light saber and stood behind the bar to take hold of the Guinness Tap – he came face to face with the dark stuff and poured his own pint of Guinness. As his teacher, Moorings owner Ger Kennedy advised the Jedi Master ‘Do. Or do not. There is no try, when learning to pull a pint of Guinness.’

Join us on the Skellig Wars Tour and avail of this rare opportunity to go behind that same bar in the Moorings and learn how to pull your own pint of Guinness at the same tap as Mark Hamill. 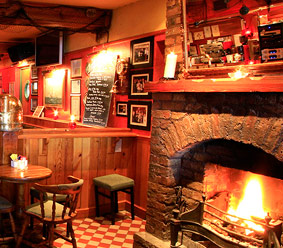 The Monks on Skellig Micheal were the courageous pioneers of Christianity who went to the raw edge of the known world to reach out to the Kingdom of God, to their higher self, to find peace.

The Skellig Michael Monastery was a leading light to the small but influential network of early Christian Sites along the edges of the Skellig Coast. Kildreenagh Early Christian Site on Valentia Island was one such site and every day the Monks who lived there looked out on the magnificent Skellig Rock for their inspiration.

Kildreenagh – which means Church of the little whitethorn – has a beautiful example of a Christianised Ogham Stone. Ogham script is an ancient form of Irish writing that was carved into the corners of tall standing stones using letters from what is called the Celtic Tree Alphabet. At Kildreenagh Early Christian Site you can see one of these rare and uniquely Irish stones for yourself.

The story of the Ogham Stone and Kildreenagh Early Christian Site tells how Ireland earned the reputation as the land of Saints & Scholars.

To visit this fascinating site join us on Valentia Island Skellig Coast Tour – Tetrapods to Telegraphs or on the Skellig Coast Stories told in Stone Tour. 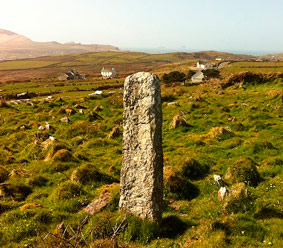 Geokaun Mountain top is the highest point on Valentia Island. An enterprising local Farmer built a road right to the top of this mountain where visitors can enjoy 360° views around Valentia Harbour, Dingle Bay, Portmagee and out to the Skellig Rock. The views are quite simply breathtaking. When the visibility is good, Geokaun Mountain top is one of the amazing stops we include on the Skellig Wars Tour. 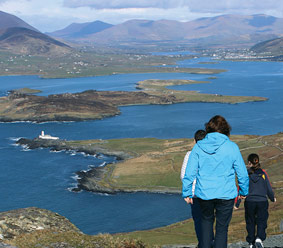 To lay 2,000 miles of telegraph cable on the ocean floor between Valentia and Newfoundland, the fore fathers of the original world wide web survived multiple dangerous and stormy Atlantic crossings, persevered through repeated failures and disappointments over 10 long years and endured huge financial losses and set-backs to make that first vital connection between Europe and North America.

The central characters in the story behind the laying of the first Transatlantic Cable were the true pioneers of the communication technology that we take for granted today – Foilhammerum on Valentia Island marks the starting point of a world wide web of Cables connecting the continents that enabled communication over vast distances and Open Ocean at a speed never before achieved.

To hear the epic stories behind the first Transatlantic Cable and how it impacted life on the Island and the world beyond, join us on the Valentia Island Skellig Coast Tour – Tetrapods to Telegraphs. 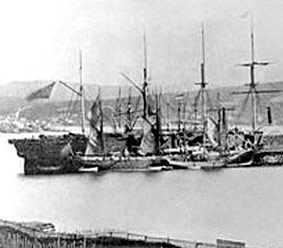 Stone Ring Forts are at least 1,000 years old and were very much a feature of the Medieval Irish landscape, built by ruling Clanns as a demonstration of their strength, craftsmanship and wealth.

The Skellig Coast is fortunate to have 4 impressive examples of Irish Stone Ring Forts – Cahergal & Lacanabuaile outside Caherciveen, Loher outside Waterville and Staigue Fort near Castlecove. To hear about how the Irish lived during the time of these stone ring forts join us on Skellig Coast Stories Told in Stone Tour which includes a visit to Loher Fort overlooking Waterville and Ballinskelligs Bay.

To hear the particularly unique story behind Lacanabuaile and Cahergal Forts join us on Vikings, Monks and Chieftains Tour. 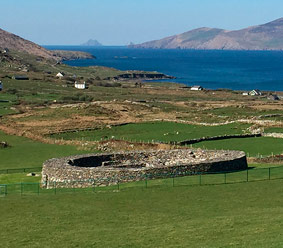 Standing tall near the Waters edge with a commanding view over Valentia Harbour are the remains of a 600 year old castle that was built by the McCarthy Clann. Ballycarbery Castle was a bold and defiant show of strength to any threatening invaders.

During Cromwell’s invasion of Ireland in the mid 1600’s Ballycarbery did not survive and was destroyed to prevent it becoming a rallying point for future Irish rebellions. 200 years after its desruction the beginning of the 1867 Fenian Rebellion was marked by rising the old Irish Flag over the old Castle.

Today the Castle is on a working family farm and has more tranquil visits from grazing cows – very far from the violent turbulence of a Cromwellian invasion and a Fenian Rising.

You can enjoy the opportunity to wander around the grounds of this old Tower House and hear the stories of the characters behind Ballycarbery by joining us on the Vikings, Monks and Chieftains Tour. 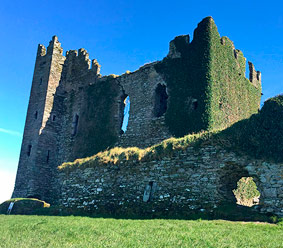 Beginnis Island and the Vikings

Irish Kings and Chieftains during the 9th Century succeeded in resisting Viking attacks and prevented the invaders from taking control of Ireland like they did in large parts of Scotland, England and Wales. By the early decades of the 10th Century the Vikings conceded that they could not conquer the Irish and instead concentrated their efforts on establishing trading towns such as Dublin, Waterford, Limerick and Cork. As these Viking towns thrived, their inhabitants became Christians and adopted the habits and culture of the native Irish with whom they traded. On occasion they even formed strategic alliances with Local Chieftains and this is where the story of the Beginnis Vikings emerges.

Beginnis is a small un-inhabited island in the middle of Valentia Harbour where the remains of a Viking Settlement can be found. You can visit this Viking Settlement on the Vikings Monks and Chieftains Tour and hear the story of how this site is linked to Cahergal and Lacanabuaile Stone Ring Forts and to the Early Christian Site on Church Island, Oileáin an Teampaill. 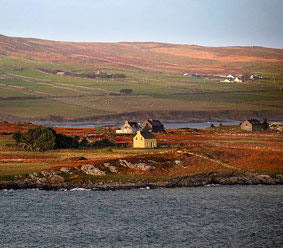 Valentia Slate Quarry is a fascinating site that cuts deep into the side of Geokaun Mountain while looking out over Dingle Bay.

The story of Valentia Slate Quarry cannot be told without hearing of the famous Knights of Kerry. The Knights can trace their ancestry back directly to the 12th Century Norman Invasion of Ireland. The Knights of Kerry leased lands on Valentia Island and eventually bought out the Island from Lord Ansley in the 1700’s.

The Fitzgerald Family were very progressive and industrious contributing in their own unique way to the economy of Valentia Island through their connections with the British Royal Family and influential Politicians in England.

The Slate Quarry was one such successful enterprise providing well paid employment to hundreds of people living in the South Kerry area. Visit this unusual site on Valentia Island Skellig Coast – Tetrapods to Telegraphs Tour. 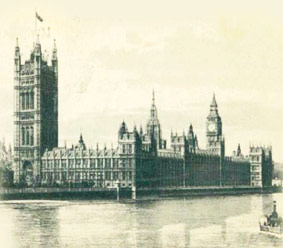 Patiently observing and tracking the movement of the sun over days and years, the creators of this stone alignment built an ancient time piece that could tell them when winter had ended and when a new year had begun.

At least 3,000 years old, Eightercia Stone Alignment stands proudly on a hill side outside Waterville overlooking Ballinskeligs Bay and Lough Currane. To visit this mystical site and to hear the folklore behind the standing stones, join the Skellig Coast Stories Told in Stone Tour. 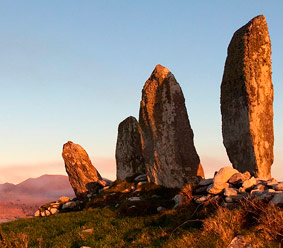 After enjoying your visual feast of magnificent views along the Skellig Ring it is only natural that you should treat yourself to a chocolate feast at the Skellig Chocolate Factory. The Chocolate Factory is nestled in the heart of St. Finians bay known locally as the Glen which is closed in on all sides by towering mountains that frame an impressive view out to the Skellig Rock.

When you arrive inside the Skellig Chocolate Factory you are greeted by friendly Chocolatiers offering you samples of their wide range of unique flavoured chocolates to taste. As you savour each sample and cast your judgement on which one is your favourite you can see the chocolate being made close by in this open plan Chocolate Factory. 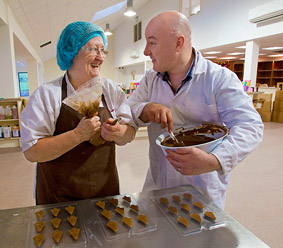 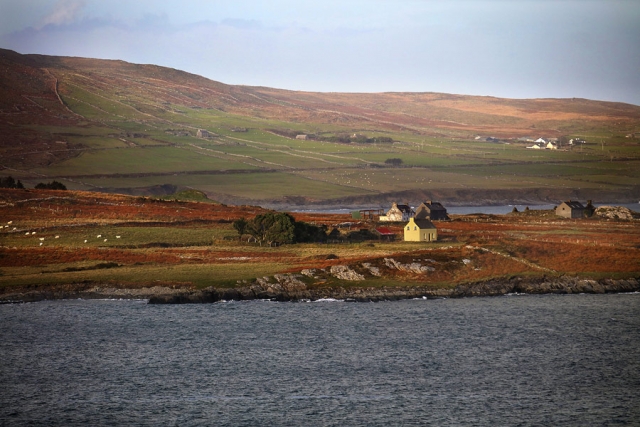 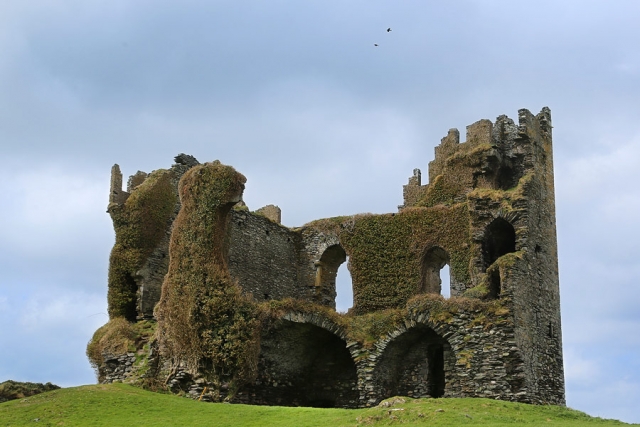 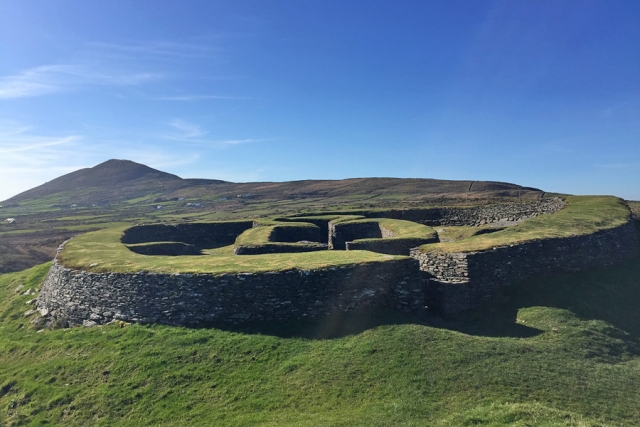 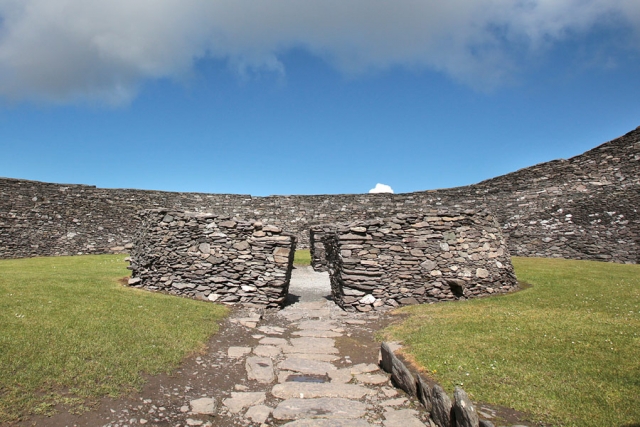 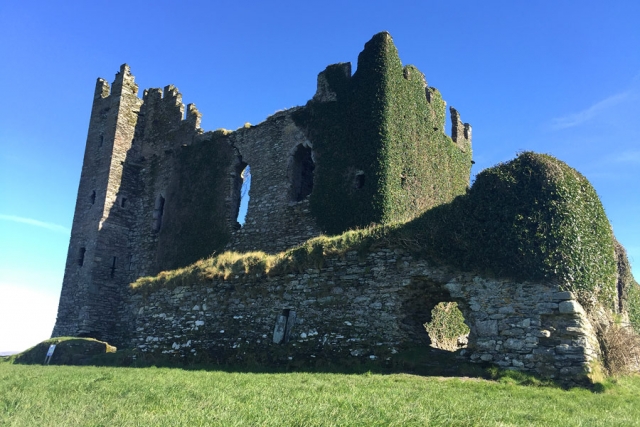 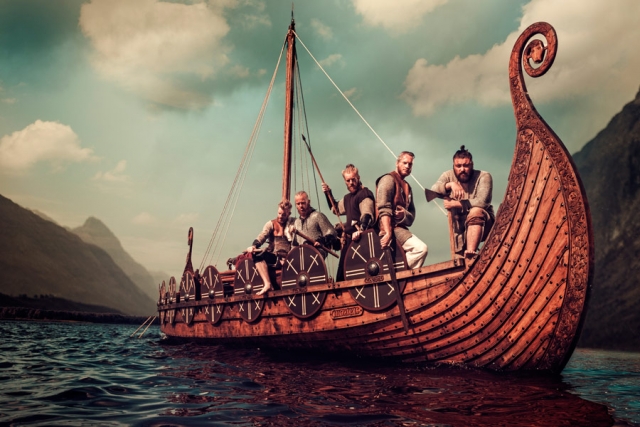